Raising kids of great character who are academically prepared with a solid biblical foundation takes intentionality and focus. As an important part of our school mission, Mount Paran Christian School partners with home and church in the total education of your children. Our purpose is to help you guide your children in their Christian faith and moral foundation. MPCS is committed to providing families with great parenting resources and tips to help overcome obstacles as children grow through different stages. We also explore many trends and topics that are influencing young children and teens in today's culture.

We are pleased to announce the dates for this year’s ParentEd. seminars and "Ted"-style talks listed below. Please mark your calendars for any or all seminars that you might find beneficial. All MPCS parents, neighbors, and friends in the community are invited to attend!

Do you ever wish that you had a parenting manual to help you navigate the journey? Join us for a four-part series of parenting discussions with Lisa Corcoran, author of the Parenting Playbook. Lisa will be with us on January 16 to kick-off the conversation on life-changing parenting tips to bring peace and harmony to your home. Parents are encouraged to attend all four dates of the series, as each session will cover a different topic. Please mark your calendar, and plan to join us in the Weber Collaboratory on January 16, January 23, February 6, and February 13. These sessions are targeted especially to parents of younger children but are open to all who are interested. With advance registration, childcare is provided for each session. Simply let us know you will attend by using the form to the right. 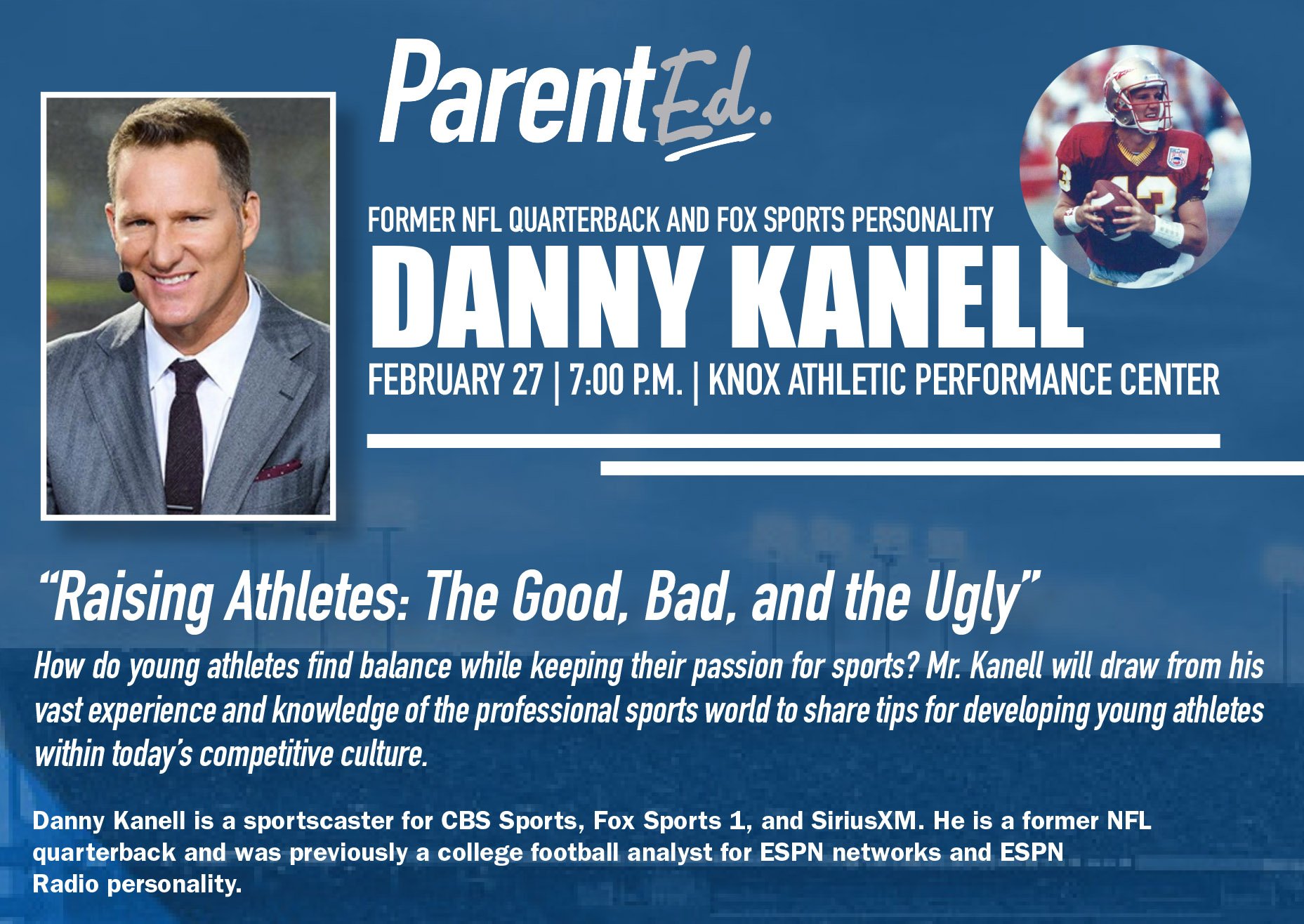 How do young athletes find balance while keeping their passion for sports? Mr. Kanell will draw from his vast experience and knowledge of the professional sports world to share tips for developing young athletes within today’s competitive culture.

Danny Kanell is a sportscaster for CBS Sports, Fox Sports 1, and SiriusXM. Mr. Kanell is a former NFL quarterback and was previously a college football analyst for ESPN networks and ESPN Radio personality.

Mr. Kanell’s athletic expertise spans both the collegiate and professional level in multiple sports. Though he was drafted in high school by the Milwaukee Brewers in the 19th round, he decided to further his education at Florida State University. While in college at Florida State University, Mr. Kanell led the Seminoles to Sugar Bowl and Orange Bowl victories as quarterback. He was selected as the 1995 ACC Player of the Year and the National Football Foundation and College Hall of Fame Scholar Athlete. Mr. Kanell was inducted into the Florida State Hall of Fame in 2012. While at FSU, he also played baseball for the Seminoles and was again drafted for baseball, this time by the New York Yankees in the 25th round. Ultimately, he chose to sign with the NFL’s New York Giants when he was drafted in 1996. Mr. Kanell made his NFL debut later that season, leading the Giants to the NFC Eastern Division title. He also played for the Atlanta Falcons and the Denver Broncos until 2004.

After his pro football career, Mr. Kanell became the host of ESPNU's UNITE and served as color analyst for Friday Night college football games and college baseball, called the ABC Saturday afternoon college games. He later became the co-host of the Russillo and Kanell show on ESPN. Mr. Kanell then joined Fox Sports 1 as a college football analyst. He is also the host of Dog Day Sports with Steve Torre on Mad Dog Sports Radio, SiriusXM channel 82. He resides in Florida with his wife and three daughters.

Steve Robertson is an author and expert on Gen Z and speaks on a variety topics from social media to parenting this new generation. He has been featured in Inc., Forbes, and Entrepreneur magazines. In order to fully understand and positively impact children, parents need to view this generation through a new lens. Gen Z kids are overwhelmed with a constant barrage of information and are the first digital natives, yet they struggle to navigate the pressures of social media. Mr. Robertson will equip parents with practical tools to help children filter digital influence as well as strategies to develop GRIT to later thrive once independent. 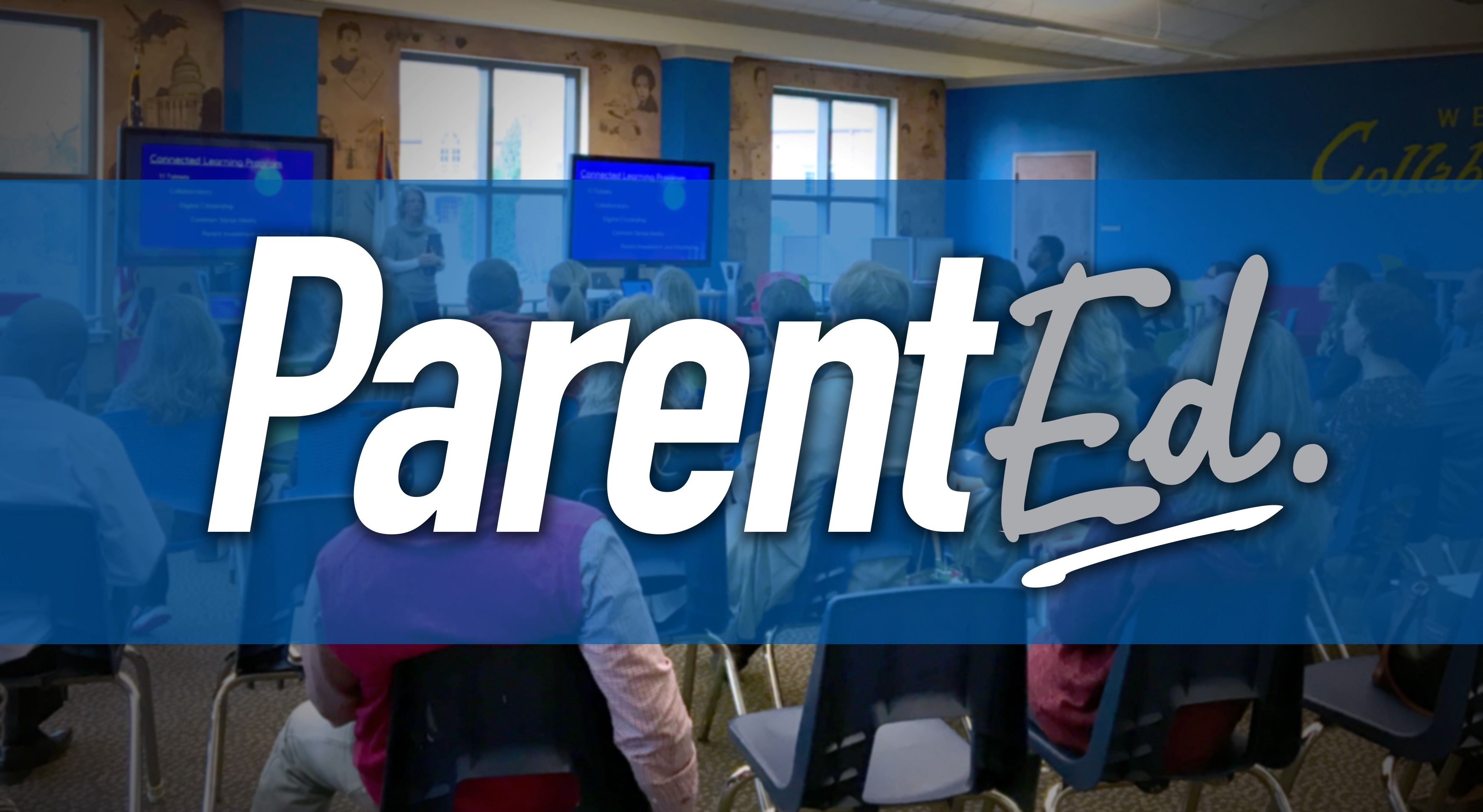 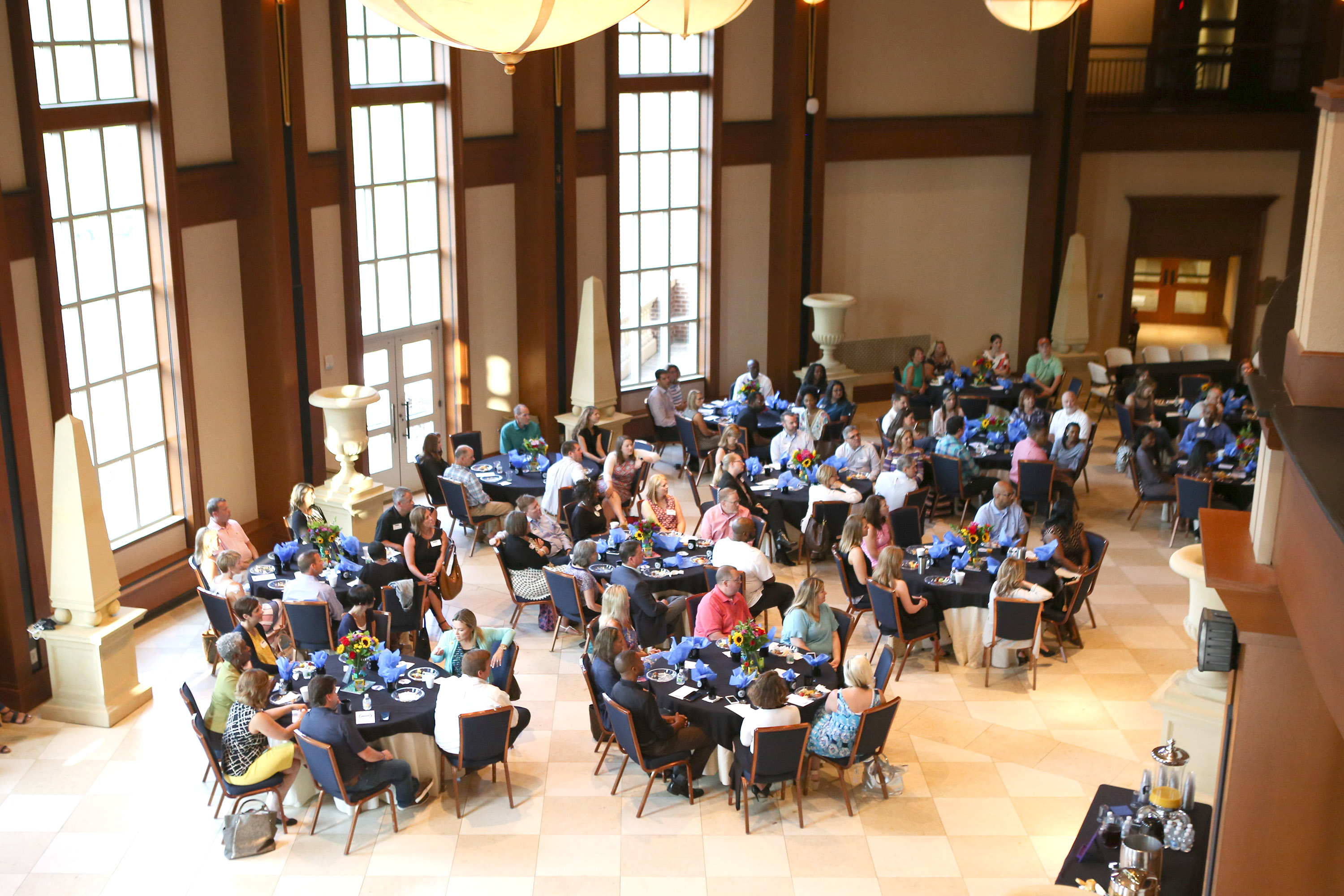 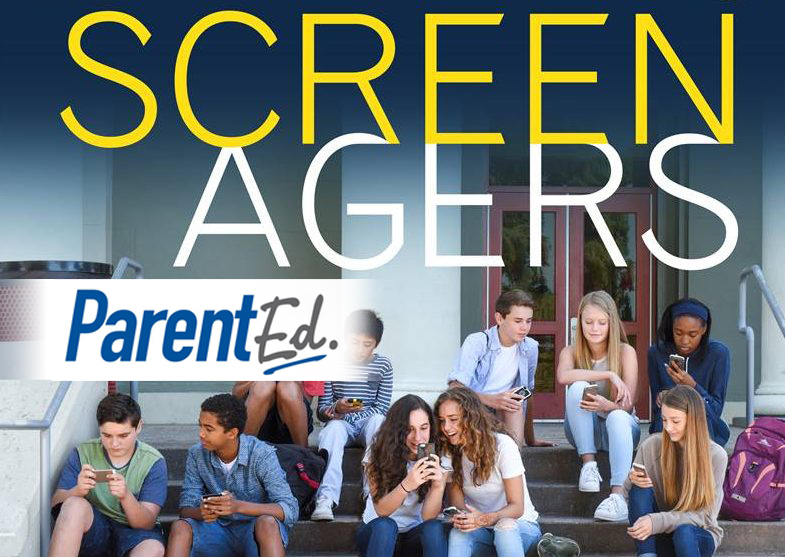 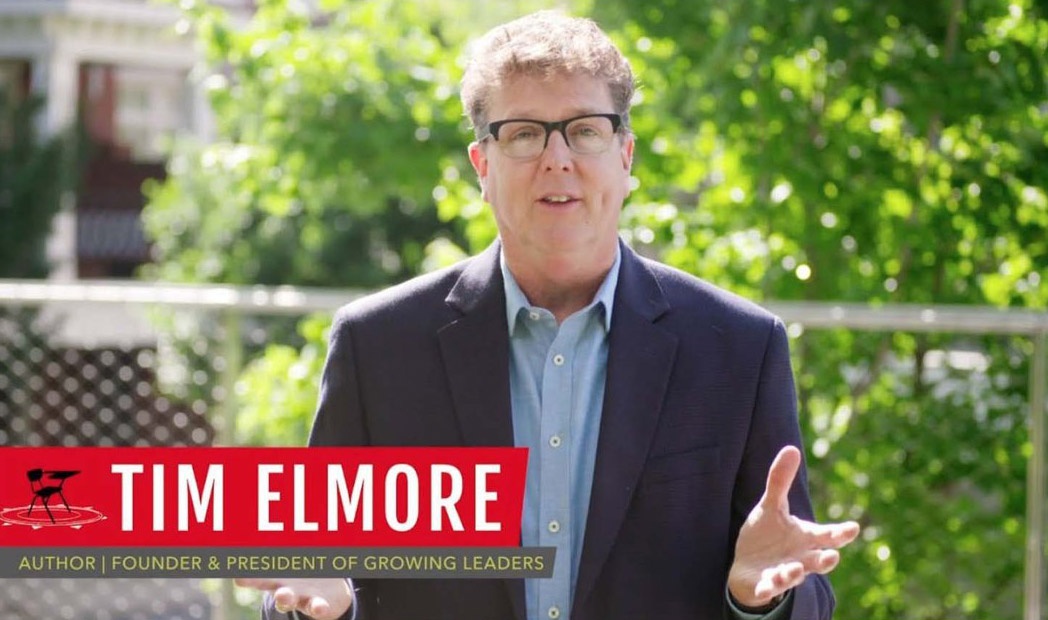 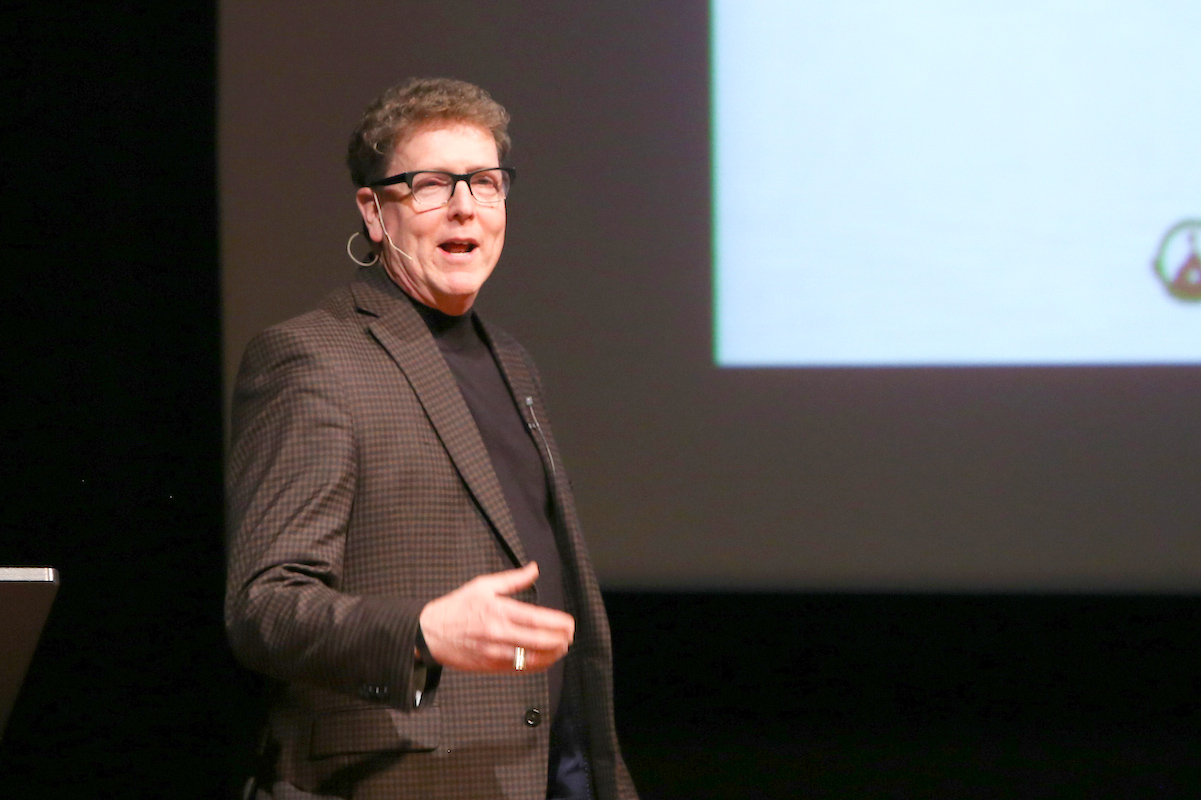 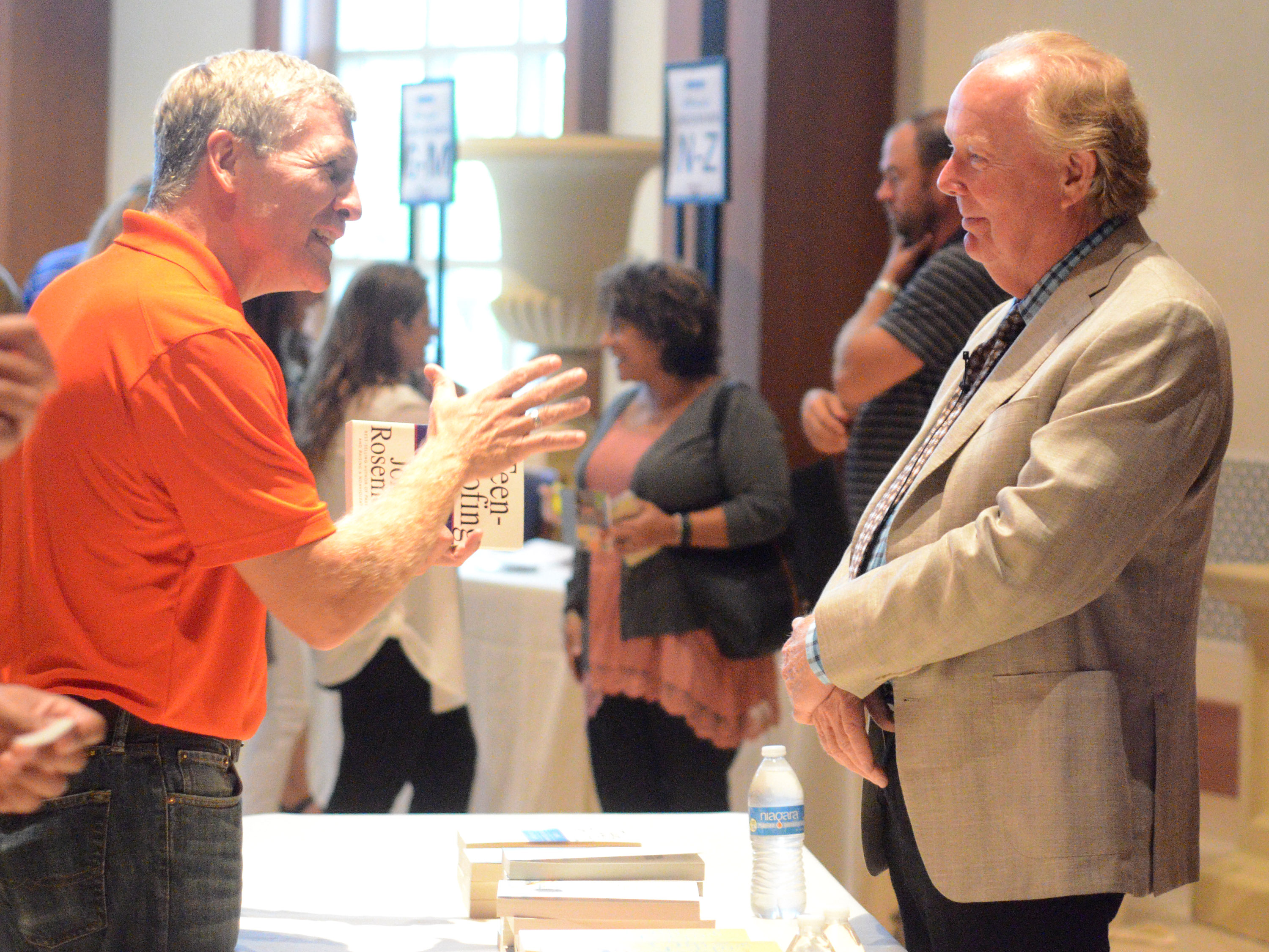 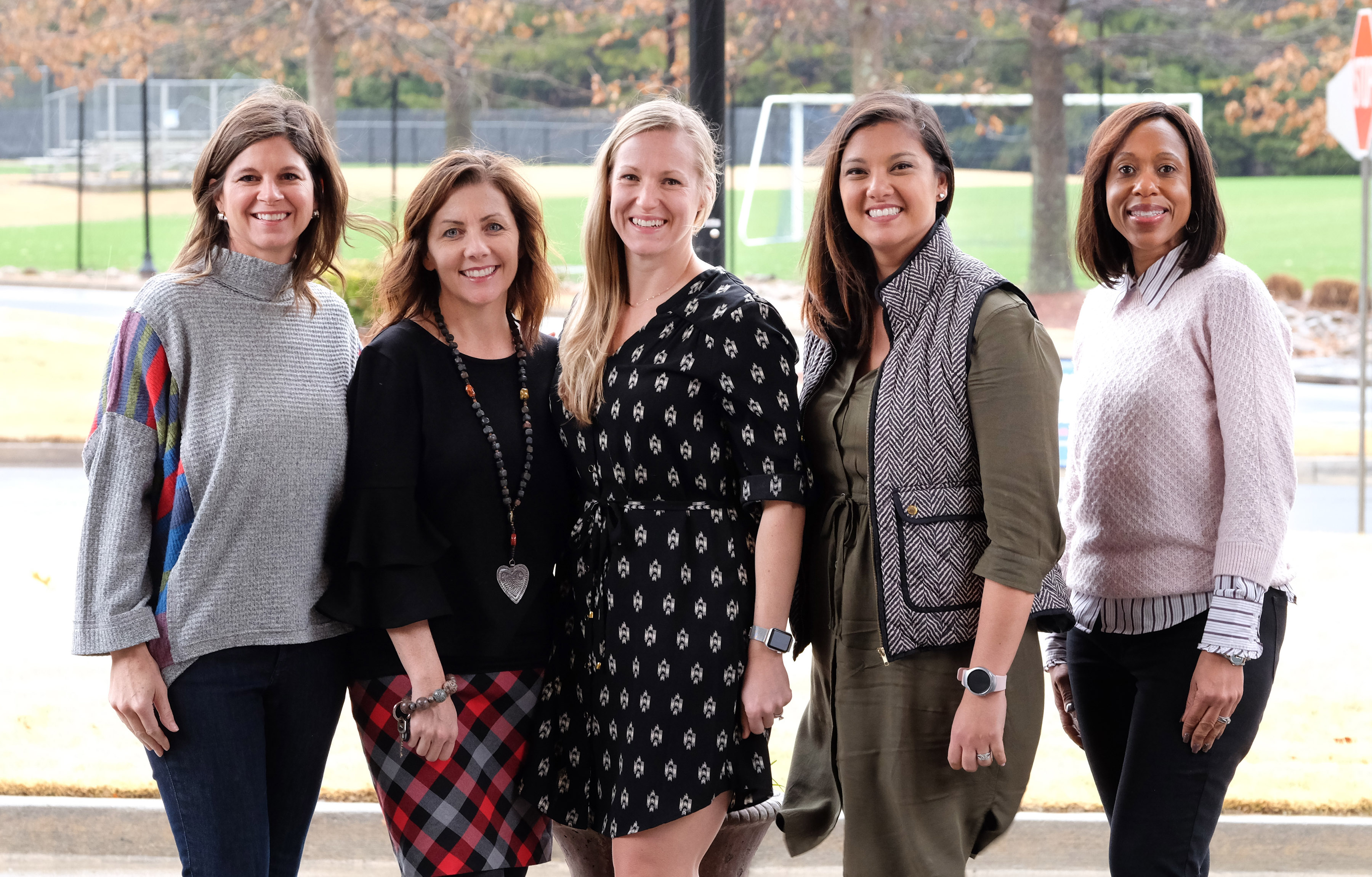 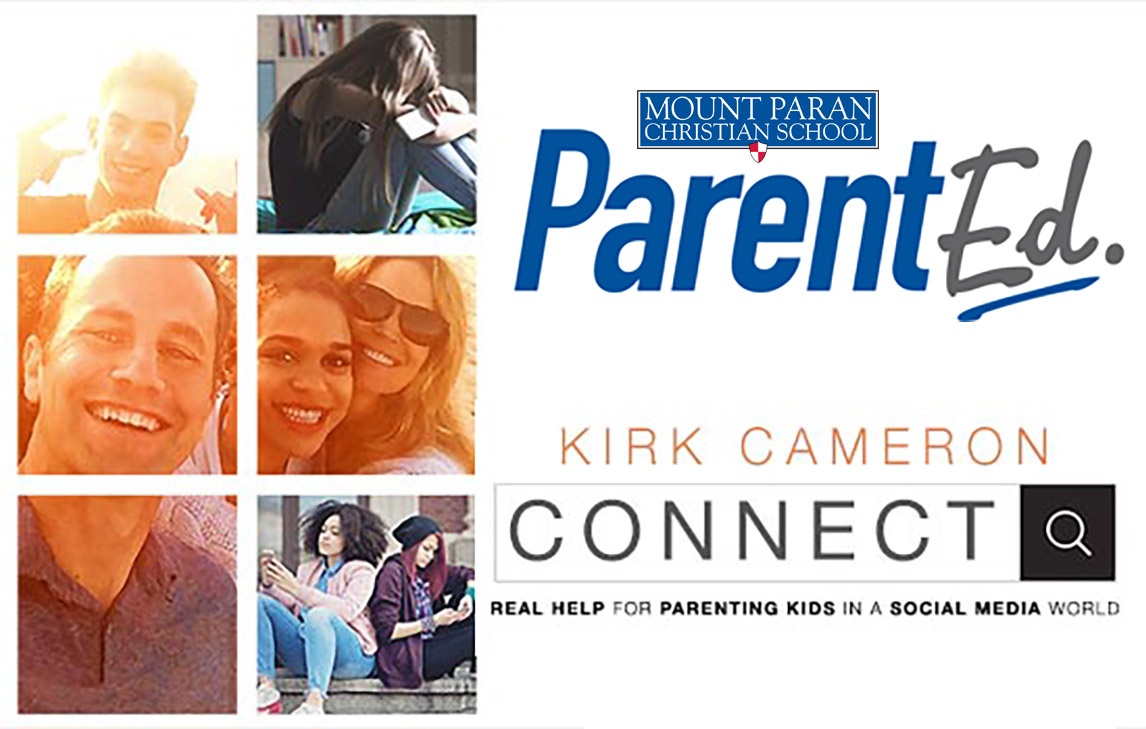 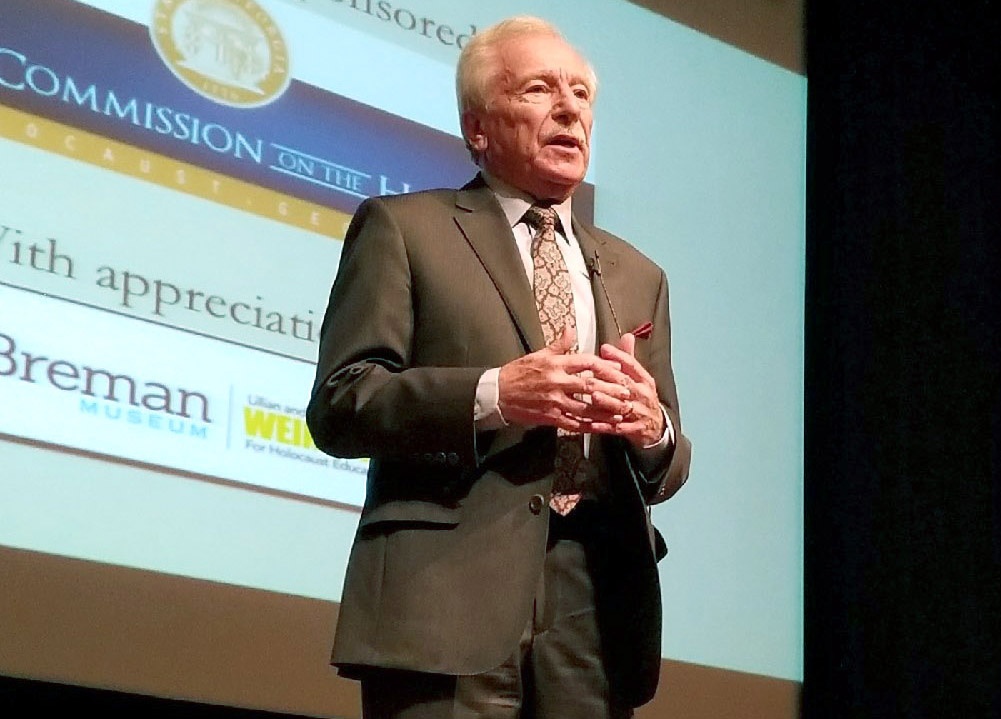 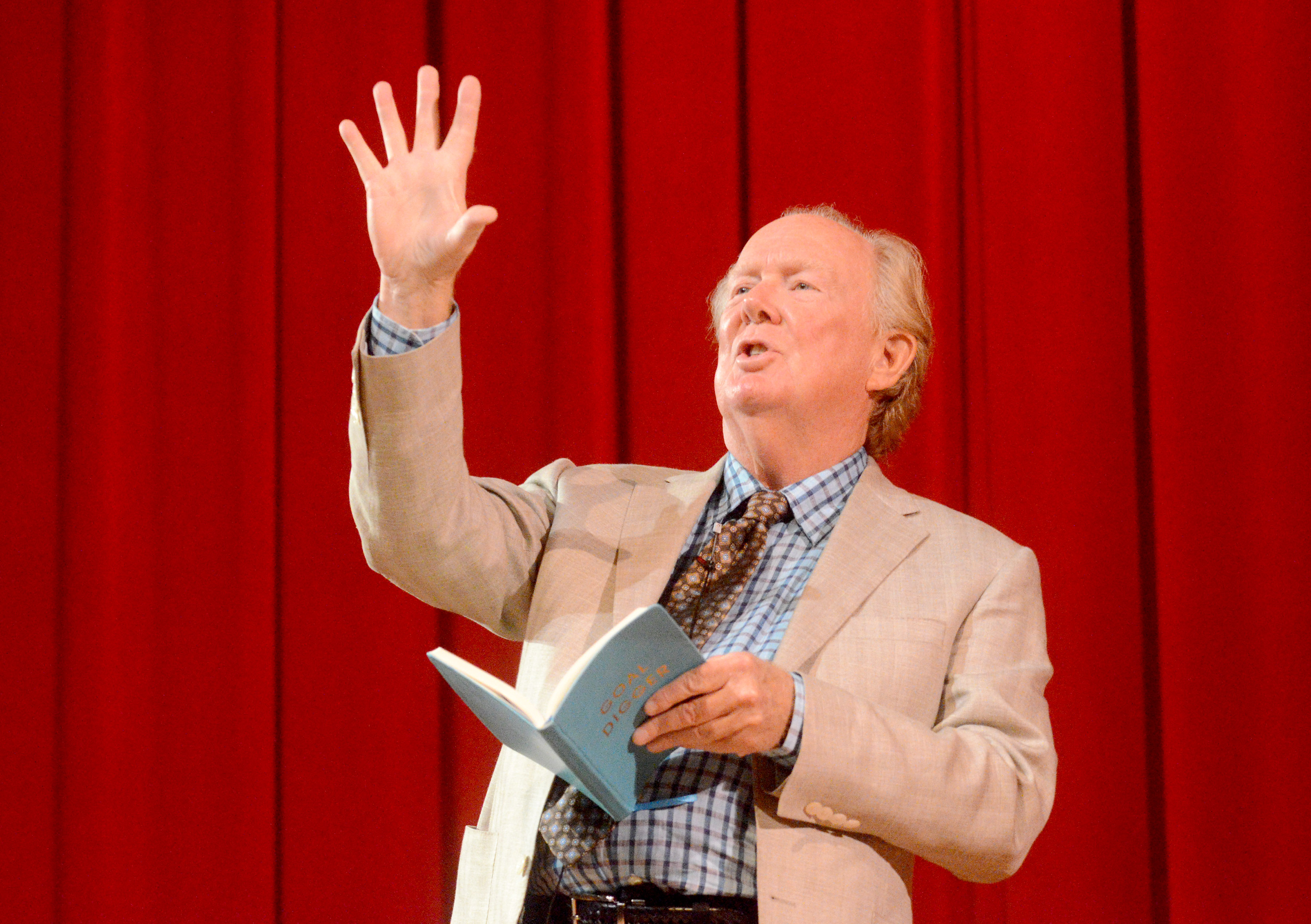 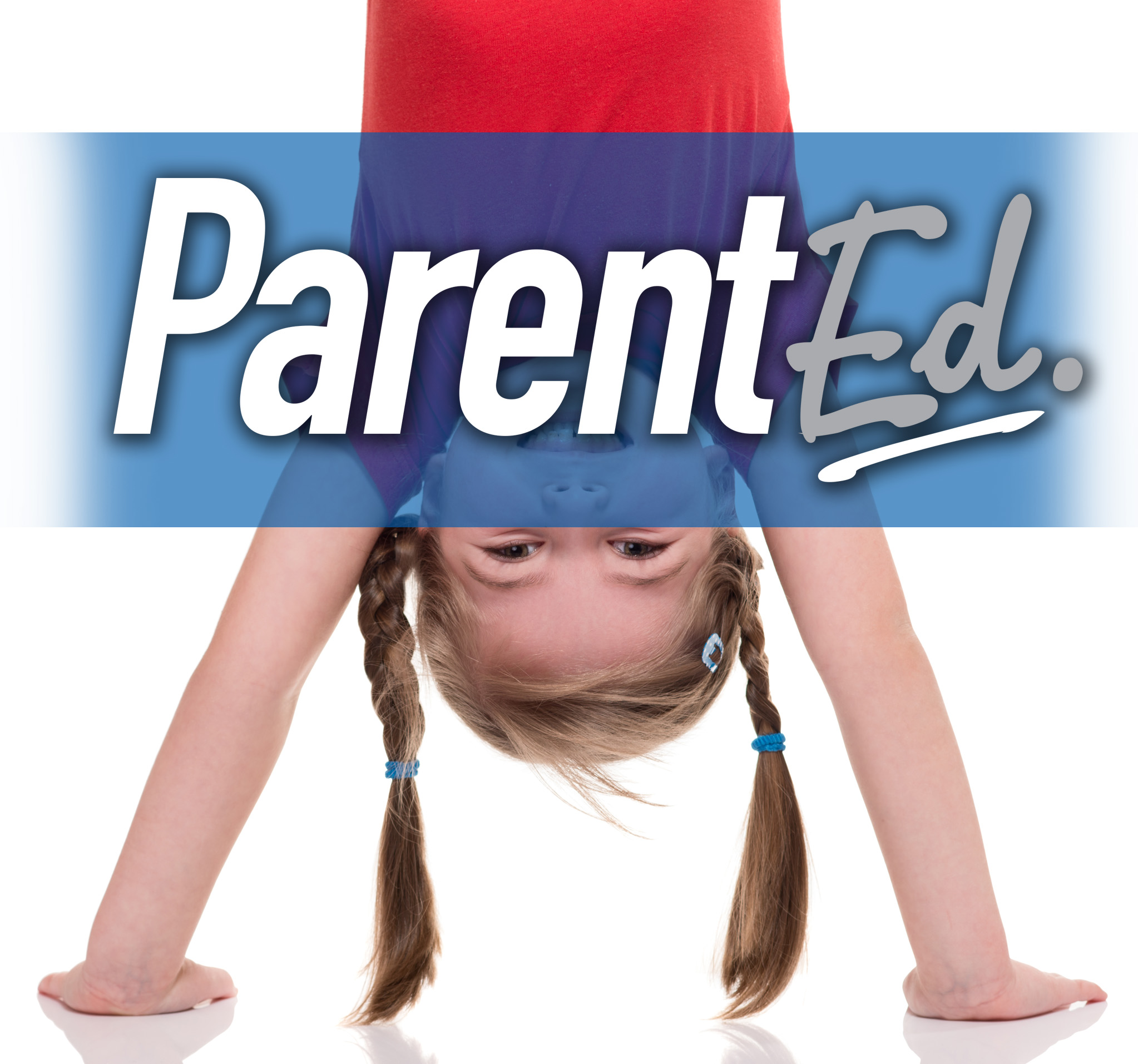 Get to Know MPCS

Mount Paran Christian School is a preschool age three through grade 12 private Christian, non-denominational, college-preparatory school. MPCS is committed to excellence in academics, award-winning arts, and championship athletics all within a Christian environment and small class sizes. Founded in 1976, MPCS is fully accredited (SAIS/AdvancED) and located near Kennesaw Mountain on a 68-acre collegiate-like campus.

MPCS is proud to offer the ParentEd. series to our families and our community. Events are sponsored by our Guidance Counseling and College Counseling departments in preschool through high school.

We also invite you to tour our campus at a Weekly Wednesday Tour at 10:00 a.m. each week. Click here to RSVP to visit.

Join us for a ParentEd. Talk

All ParentEd. seminars are free and open to the community. Please let us know if you plan to attend.

MPCS Weber Collaboratory
Mulkey Building
Enter main gate and turn to the left. Park and enter main building near flag pole and front office. Follow through doors and up one flight of steps. Walk straight ahead and Weber Collaboratory is on the right.

MPCS Preschool
Sewell Cottage
Enter main gate and turn to the left. Park in the left hand parking lot and enter the preschool building between the playgrounds.

Get to know the heart of Mount Paran Chrisitian School.

Your generosity makes the mission happen.